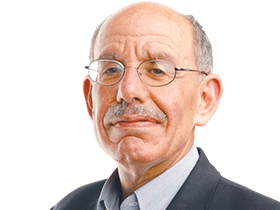 Then, as in the leap year that has just finished, it was the most autocratic rulers — the Visconti in Milan and the Gonzaga of Mantua — who responded most brutally, and seemingly most effectively, to the epidemic by implementing draconian policies of mandatory isolation, closing public places and prohibiting foreigners from entering the city.

Over the longer term, however, it was not the autocracies but the republics, such as Florence and Venice, that best weathered the storm, devising new institutions — from permanent boards of health to sinking funds for managing public debt — that could deal with the epidemic’s enduring consequences.

And precisely because of their willingness to improvise and adapt, they were more creative, prosperous and stable than their autocratic rivals, and hence fundamentally stronger.

Nor was that pattern unusual. Thus, in the late 1820s, when the first in a series of cholera pandemics struck Europe, autocratic Prussia led the way in drawing an immense military cordon — some 300km long and enforced by 60,000 troops — around its eastern borders.

Within Prussia itself, all ­places of public assembly were shut; soldiers were deployed to prevent crowding at shops; the infected were removed from their homes (escorted by a policeman and two guards, each keeping a distance of at least five paces); and anyone who had been in contact with the disease was forcibly confined.

In contrast, liberal Britain’s response was ambivalent, tepid and muddled. Despite sweeping powers, the government was initially reluctant to adopt intrusive measures, especially given the likelihood that it would have to compensate the merchants those measures harmed.

A prominent physician argued that “a little commercial inconvenience is a small price to pay for the chance of immunity”; but the Privy Council prevaricated, citing disagreements among physicians about the nature of cholera as an excuse not to invoke drastic interventions.

Ultimately, however, the British government’s greater democratic legitimacy allowed it to adopt an approach that was both better targeted and more far-reaching than that of the continental autocracies.

By rebuilding, at immense cost, the nation’s urban infrastructure it eliminated the fetid environments that promoted the spread of illnesses.

At the same time, the “Leicester system”, which relied on surveillance by medical practi­tioners to detect and isolate outbreaks, proved more effective at preventing contagion than the blanket restrictions the autocracies had imposed, and helped create the public trust needed for the eventual success of mass voluntary vaccination against infectious diseases.

Moreover, because Britain’s public administration was subject to vigorous public scrutiny, especially after parliamentary questions on notice were introduced in 1835, misuses of power could be exposed and corrected, introducing an element of continuous improvement into the policy process that the continental autocracies lacked.

As Peter Baldwin put it in his magisterial study Contagion and the State in Europe, the result was that “the British solution (proved) more efficient in preventing disease, reaching greater numbers of victims and driving fewer into the epidemiological underground than (were) heavy-handed tactics”, while inflicting less damage to civil liberties and to economic activity.

In short, Britain’s errors and hesitations may have been substantial; they were, however, more than offset by the resilience and adaptability that distinguish open societies.

Obviously, nothing ensures the future will repeat the past. But if the historical record shows anything, it is that while democracies often struggle when they are rocked by crises, they have an unparalleled ability to overcome them.

And although autocracies can deploy force quickly and effectively, their strength is purchased at the price of crippling weaknesses.

Tyrants everywhere are apt to be deified, to impose their standards of truth, to crush all signs of independence and to carry out vast, prophylactic purges. Together, those measures may perpetuate their rule; however, they have never been able to create a society in which innovation and enterprise can durably flourish. And least of all can they encourage the free inquiry and critical self-reflection that are indispensable for adjusting intelligently to a complex and unpredictable world.

As 2021 opens, we therefore run two sets of risks. The first is that of over-estimating the Chinese regime, in much the same way as many Sovietologists over-estimated the Soviet empire’s power, performance and stability.

It is true that the regime’s technical capacity to reach into the daily life of its subjects puts past tyrannies to shame; but from the renewed cult of the personality to the entrenchment of a gerontocracy that is as corrupt as it is stony-faced, its ruling elite increasingly resembles the Soviet Union’s governing caste in the barren Brezhnev years.

The regime may be skilled at acquiring and imitating foreign technologies; but as the race to develop a COVID vaccine shows, it lags far behind science’s rapidly moving frontier. The deeper China’s rift with the West, the harder closing that gap will be.

There is, however, a no less serious risk of losing the self-confidence we desperately need in liberal democracy’s own values and institutions — and perhaps most of all in freedom itself.

That life is nowhere perfect hardly needs to be said; but it has proved, in the past two centuries, much less imperfect in the liberal democracies than anywhere else.

Yet as Shirley Robin Letwin brilliantly explained long ago, liberal democracy’s endurance relies, more significantly than we generally recognise, on those “vigorous virtues” — of citizens who are “self-sufficient, energetic, adventurous and independent minded” — that its own success, in providing greater security from fear than humanity has ever enjoyed, slowly but surely corrodes.

Indeed, never more clearly than in the past year, the liberal democracies have found themselves in the position of the man who, having crawled out on a limb, has occupied himself with sawing it off.

That may have been inevitable; but it is no means inevitable that they will be able to muster the political maturity, self-confidence and determination required to crawl safely back. On the contrary, by demonstrating just how far they are willing to go in cushioning shocks and protecting populations, they have set precedents that are certain to haunt them when the next crisis — whatever its origins or nature — strikes.