Russian police raided the home of opposition activist Lyubov Sobol early on Christmas Day and took her in for questioning, Kremlin critic Alexei Navalny and his supporters have said.

Navalny’s supporters said they thought the police action was a response to her trying to knock at the door of an alleged FSB security agent in Moscow who Navalny says took part in the botched plot to poison him with novichok in August.

The morning raid comes days after Navalny said he had tricked one security service agent in Russia’s FSB spy agency into admitting the plot, and revealing he was poisoned via his underwear.

The FSB has dismissed Navalny’s allegations as a provocation. 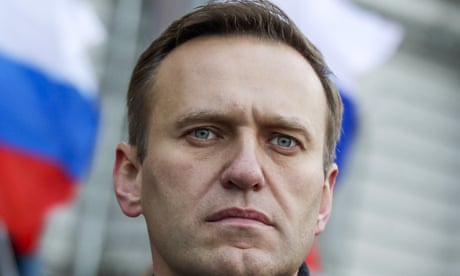 The 33-year-old’s phone was switched off and both Navalny’s spokeswoman Kira Yarmyash and the head of Navalny’s fund, Ivan Zhdanov, said they did not know where she was.

Sobol’s husband and daughter have been allowed to leave the flat.

Western governments say Navalny has been poisoned with Novichok, a Soviet-designed nerve agent in a stunning case that has further dented Moscow’s relations with leading European countries and sparked mutual sanctions.

Sobol went to the Moscow apartment where Konstantin Kudryavtsev, the man Navalny had spoken to, is believed to live on Monday evening. She was detained and spent more than six hours at a police station.

Speaking to Agence France-Presse at the time, she expressed concern about a possible criminal investigation against her.

Sobol, a lawyer by training, has announced plans to run for parliament next year.