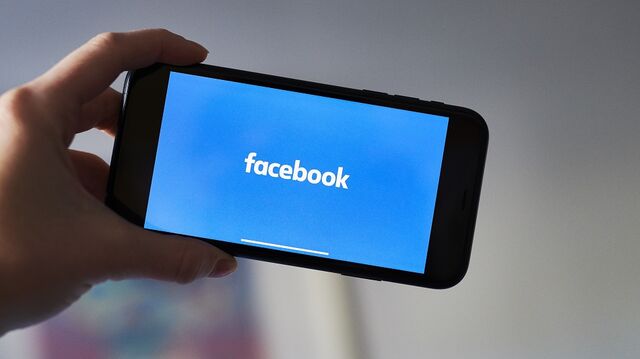 The U.S. Federal Trade Commission took a major step toward the possible breakup of Facebook Inc. by formally filing an antitrust lawsuit against the technology giant, accusing it of abusing its monopoly powers in social networking to stifle competition.

The FTC and a coalition of states also suing the company zeroed in on Facebook’s acquisition of photo-sharing app Instagram for $715 million in 2012, and the $22 billion deal for messaging service WhatsApp two years later. The deals, which sailed past regulators when they were proposed, were meant to “squelch” competitive threats, the commission wrote in its complaint Wednesday. Now, the FTC wants Facebook to divest the two businesses -- an idea that poses an existential threat to the empire built by Chief Executive Officer Mark Zuckerberg.

Because much of the company’s revenue growth is already coming from Instagram, and WhatsApp is central to Facebook’s bet on digital commerce, losing the two platforms would threaten to erase much of Facebook’s long-term value. The company’s shares, which have soared more than 35% in 2020, fell as much as 4% Wednesday, ending the trading day down about 2%.

“Breakups are scary for investors because in some ways they could disrupt the business models,” said Dan Ives, an analyst at Wedbush Securities who called Instagram one of the three best business acquisitions of the past 15 years. Still, Ives thinks the chance of an actual breakup is “slim” without legislative changes from Congress, which he believes are unlikely. “It’s a noisy headline but it doesn’t massively change the situation for Facebook in the near term.”

However remote the prospects, any sign that the FTC is leaning toward a breakup is likely to weigh further on Facebook’s stock.

Facebook acquired these promising rival platforms precisely because it expected the main social network to one day fade, and it wanted to be the company deciding what apps people would turn to next. A breakup would undo most of Zuckerberg’s hedging for Facebook’s future, just as his immense investments in Instagram and WhatsApp are starting to pay off. Facebook argues that those investments made Instagram and WhatsApp what they are today.

“Our acquisitions of Instagram and WhatsApp have dramatically improved those services and helped them reach many more people,” Zuckerberg wrote in a post to employees on Wednesday. “We compete hard and we compete fairly. I’m proud of that.”

Here’s how a forced breakup would impact Facebook’s prospects.

Facebook is running out of slots to place advertisements on its flagship social network -- too many ads in the feed diminish a user’s experience. So it’s leaning hard on the revenue potential of shopping. This year, the company has built ways to shop directly through images and videos in Instagram, and has rallied businesses around the world to use WhatsApp to communicate with customers. Facebook has worked to weave in those commercial aspirations with its main social network by requiring businesses to have Facebook pages in order to run Instagram ads, for instance. The Menlo Park, California-based company is also planning to eventually link WhatsApp’s chatting with Instagram’s shopping. But without those two properties that businesses depend on, Facebook’s path to becoming an e-commerce giant looks a lot harder.

Facebook’s user numbers have started to level out in some of its most valuable markets, and the company has been warning for years that the main News Feed’s ad space is reaching saturation. That means the company’s recent revenue growth has been primarily driven by Instagram. The photo- and video-sharing app generated some $20 billion in revenue in 2019, Bloomberg has reported, which would equal about 29% of all of Facebook ad sales last year. Research firm EMarketer estimates Instagram’s 2020 sales will be $28.1 billion, or about 37% of Facebook’s total ad revenue. That would mean Instagram’s $8.1 billion annual sales gain would account for the vast majority of Facebook’s ad revenue growth, according to EMarketer.

WhatsApp, meanwhile, makes virtually no money for Facebook. But that’s soon expected to change as the company makes a big bet on payments, commerce and customer service tools for the messaging app’s 2 billion-plus users. Any revenue WhatsApp brings in will boost Facebook’s growth even further.

Both WhatsApp and Instagram are crucial to Facebook’s international strategy, offering the company a strong toehold in fast-growing markets like India and Brazil. In some countries, WhatsApp or Instagram far outpace their parent company by users. In India, for example, WhatsApp has over 100 million more users than Facebook does, according to EMarketer. That’s important to Facebook, which views India as the next great internet frontier, and the company has expressed concern that Chinese competitors might get there first. In Japan, Instagram has over 70% more users than Facebook’s main platform.

While Facebook is still the largest social network in most of the world, Instagram and WhatsApp give the company a much larger footprint than it would have as a standalone service. Losing those apps would dramatically cut Facebook’s total user base -- and, in turn, its revenue.

Everyone uses Facebook. Everyone except teens, that is. Pew Research found 51% of 13- to 17-year-olds said they used Facebook in 2018, down from 71% a few years earlier. Instagram, meanwhile, was used by 72% of U.S. teenagers.

Facebook isn’t as popular as it once was with the younger generation of internet users, in part because it has a lot more competition for Gen Z consumers. Instagram has been the company’s secret weapon to staving off Snapchat, and could eventually prove to be a bulwark against viral video upstart TikTok. Without Instagram in the fold, Facebook would need to build its own products that appeal to the youngest and most coveted group of internet users -- something it hasn’t been able to do recently. There’s no sign that it would suddenly be able to do so without Instagram under the same roof.

As Facebook weathered scandals over privacy breaches, misinformation and election meddling, it became more common to hear people say they were quitting Facebook, and planning to use Instagram and WhatsApp as alternatives for keeping in touch with friends and family online. Though they’re all part of the same company, Facebook understands that its fledglings have a more positive public reputation. The company recently slapped Facebook branding on other members of its family of platforms, a bid to grab back some of those positive feelings. Without Instagram, now branded as “Instagram from Facebook,” for instance, Facebook won’t be able to glean any benefit from the more favorable attitude that app has maintained among its users.

Facebook wouldn’t be the only company in for a struggle if divestments are eventually required. WhatsApp has spent the past six years focused not on revenue or profit but on user growth, reliability and encryption, a freedom it was granted thanks to Facebook’s robust ad business, which paid the bills. WhatsApp is building a business, but there’s no guarantee that it will pay off, and without Facebook’s deep pockets WhatsApp will be under greater pressure to make money.

The photo-sharing app also relies heavily on Facebook’s automated content-monitoring tools to combat hate speech, terrorist content, and other types of inappropriate user posts -- a system the company has invested billions to develop and maintain as part of a safety and security push. An independent Instagram would potentially need to build those tools on its own.