More than half a million people from ethnic minority groups in Xinjiang have been coerced into picking cotton, on a scale far greater than previously thought, new research has suggested.

The Xinjiang region produces more than 20% of the world’s cotton and 84% of China’s, but according to a new report released on Tuesday by the Center for Global Policy there is significant evidence that it is “tainted” by human rights abuses, including suspected forced labour of Uighur and other Turkic Muslim minority people.

The revelations came as the international criminal court (ICC) said it did not have the jurisdiction to investigate allegations of crimes against humanity and genocide in Xinjiang. 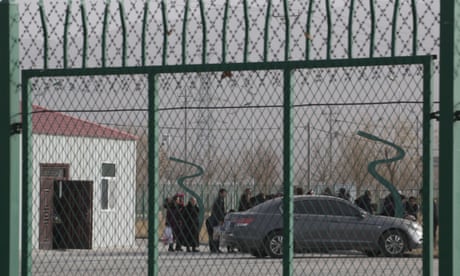 This year the US imposed sanctions and cotton import restrictions on suppliers controlled by the Xinjiang Production and Construction Corps (XPCC) – a paramilitary production entity which produces a third of Xinjiang’s cotton – over human rights concerns. But according to the report, those concerns extend beyond the XPCC to the whole region. It recommended the US government expand its import restrictions to cover all Xinjiang cotton, not just that produced by XPCC regions.

The report – written by Adrian Zenz, an independent researcher specialising in Xinjiang and Tibet – analysed government documents and state media reports to determine it was likely authorities were using the allegedly coercive “labour transfer programs” to provide hundreds of thousands of workers to pick cotton.

China’s labour transfer scheme is purported to be part of the government’s massive poverty alleviation campaign, but growing evidence indicates it targets Uighur and other Muslim minorities in Xinjiang and coerces participation.

While mechanised harvesting in XPCC regions has increased to around 83%, areas in the south of Xinjiang – which produce a far larger share of the cotton – remain heavily reliant on manual picking. And while the number of workers brought in from other provinces for the harvest season had dropped, the report found the proportion of local ethnic minority labourers had increased dramatically.

It estimated 570,000 people came through three minority-heavy prefectures alone – Aksu, Hotan, and Kashgar – and that labor programs in other ethnic minority regions as well as prison labor would probably add hundreds of thousands to the figure.

The labour programs are not secret; they are frequently written about in state media as glowing examples of the government assisting millions of poor people into work, but those articles also contain clues to their coercive nature. Transferred workers are often sent far from their home, made to live on site in factories and subjected to ideological training.

Publications on the labour schemes frequently include references to policies discouraging “illegal religious activities” and changing thoughts and behaviour.

One 2019 state media report on the cotton picking program proclaimed the success of a participant in “gradually overcoming the disadvantages of the lack of land, deep-rooted thoughts of being lazy, insufficient inner motivation, and low awareness of going out to work”.

Another reported on the need to “get rid of the old-fashioned, blocked, and lazy thoughts of peasants and herdsmen”.

In September research by Zenz, which was corroborated by Reuters, found authorities in Tibet were massively expanding the labour transfer program, setting quotas to move hundreds of thousands of people off their land and into military-style work training facilities.

China’s treatment of the minority populations – including the mass internment of people in re-education camps, enforced sterilisation of women, technological and human surveillance – has been labelled cultural genocide by analysts. China denies the accusations, saying the camps are vocational training centres necessary to combat religious extremism. In September, the government confirmed about 1.29 million people went through the centres every year.

It has led to international condemnation, including sanctions and other diplomatic measures against China, which maintains its denial of any wrongdoing.

In July, exiled Uighurs delivered a dossier of evidence to the ICC asking it to investigate crimes against humanity and genocide in Xinjiang. On Monday, the office of prosecutor Fatou Bensouda said it was unable to do so because the alleged crimes happened inside China, which was outside the ICC’s jurisdiction.