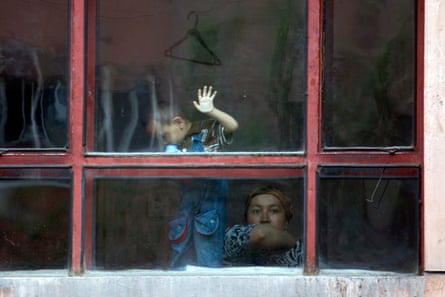 A few weeks ago Mamutjan Abdurehim was trying to remember a poem that he and his wife used to teach their four-year-old daughter. The rhyming couplets were easy to remember instructions on etiquette at the dinner table – to say bismillah before eating and to start with one’s right hand. He hoped that by helping his daughter recite the qoshaq, a traditional Uighur folk poem, she would remember where she came from even as the family was living overseas.

Memories like these are dear to Abdurehim who has not been able to see or speak to his family in Xinjiang in almost five years. His daughter is 10 years old now; his son would be 5. He believes his wife has been detained in an internment camp or sent to prison, one of more than one million Uighurs caught up in what human rights advocates say is a state-led campaign of cultural genocide. Abdurehim, now living in Sydney, asked his friends on Facebook if anyone knew the rest of the poem but no one could remember. 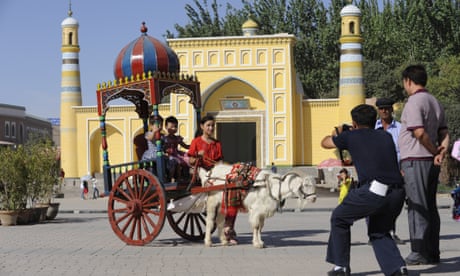 Few cultures revere and incorporate poetry into daily life as much as Uighurs, a Muslim Turkic population in northwestern China whose elevation of the written verse dates back centuries, drawing comparisons with other cultures of rich poetic traditions from the Persians to the Russians.

According to poets and researchers, Uighur poetry is now on the verge of extinction as the Chinese government detains and silences poets. Outside of China, Uighurs in the diaspora are fighting to keep the art form alive as authorities double down on their campaign to assimilate minority populations of Xinjiang into mainstream Han Chinese culture.

‘Poetry is the genre that kept us going’

For decades, poetry has been interwoven into regular life for Uighurs. Children were taught in school and encouraged to write. At book markets, volumes of poetry often made up the bulk of the selection. Most district and county newspapers featured sections for residents to publish their poems. Writers posted their most recent verses on their WeChat accounts. Today poets continue to be some of the most influential and celebrated public figures in the Uighur-speaking world.

“Every generation has their own poets and their own styles and comes up with something newer. It’s almost like pop music. If you are a really good poet, you are almost as popular as the most popular singer,” said Fatimah Abdulghafur, a Uighur poet and activist who grew up in Kashgar and now lives in Australia.

Its popularity stemmed in part from an ability to evade the brunt of censorship. While Uighur writers came under pressure to praise the party during the fanatical years of Mao Zedong’s Great Leap Forward and the Cultural Revolution, a period of openness in the 1980s allowed for a new generation of poets.

Inspired by the menglong or “hazy” Chinese writers disillusioned with the Cultural Revolution, modern Uighur poets branched out into free verse, heavy with symbolism. Throughout periodic crackdowns and tightening control throughout the 1990s and 2000s, poetry thrived in the region. Uighur poets wrote about a longing for spring, a symbol of freedom or new life.

“Poetry is the genre that kept us going, said Abdulghafur. At the age of nine she read “I am not a white flag” by one of the best known Uighur poets, Abdurehim Ötkür, and saw resistance in his description of a majestic snow-capped mountain. “It’s always been in the poetry, just in a more hidden form,” she said.

‘A lot of people have gone silent’

In 2017 as the new crackdown got underway, book stores were shut and a once vibrant publishing industry ground to a halt. Tahir Hamut Izgil, a poet and filmmaker, was living in Urumqi when he got word from family in southern Xinjiang of Uighurs being rounded up. Having grown up in Kashgar he had experienced the various “strike hard” campaigns but this time was different.

“Everyday we heard of people being taken, of schools and government offices being turned into camps, of people’s passports being taken,” he said.

Izgil, who fled to the US with his family later in 2017, knows of at least 20 poets who were detained. A list almost 400 detained writers, teachers, scholars and other intellectuals maintained by activists includes more than 33 poets, one of the largest categories.

Authorities in Xinjiang and China’s ministry of foreign affairs did not respond to requests for comment about the alleged detentions.

“I think it is abundantly clear that their crime was being born Uighur. The targeting of intellectuals and cultural figures sends a clear message that this campaign is essentially to end Uighur culture and identity,” said Joshua Freeman, a historian focusing on China and Inner Asia, who translates Uighur poetry.

Among the detained poets are cultural giants like Abdurehim Heyit, a singer, musician and poet, whose rumoured death in 2019 caused such an outpouring that authorities released a video of him affirming he was alive but under investigation.

The modernist novelist and poet Perhat Tursun was detained in 2018. He has reportedly been sentenced to 16 years in prison. Abdukadir Juma, a poet, translator and businessman, who translated Red Sorghum by the Nobel-prize-winning Chinese writer Mo Yan, is believed to have been sent to a camp in 2017 and later to a forced labour facility, according to his brother Memetjan Juma, deputy director of Radio Free Asia’s Uighur service.

Poets still in Xinjiang may have little choice but to write in service of the state. A volume of the Uighur literary journal Tarim celebrates the 71st anniversary of the founding of the People’s Republic of China this year with poems such as “Love for my motherland” and photos of smiling Uighur women waving Chinese flags.

‘There is no bigger crime’

In response, writers in the diaspora are working to keep Uighur poetry alive. In Turkey a publishing industry releases poetry and other works now unavailable in Xinjiang. Artists abroad perform the poems of now silenced Uighur poets. In 2018 Izgil and other writers started the World Uyghur Writers Union. Izgil continues to write in Uighur and Abdulghafur, among other young poets, publishes online.

Mukaddas Mijit, an ethnomusicologist and performer based in Paris, has performed poetry by Uighur poets such as the late Ghojimuhemmed Muhemmed, who continued to write when the crackdown gained momentum.

Freed from the constraints of being within China, diaspora poets are able to write directly about Uighur life under Beijing’s rule.

“We were forced to write in a different way to express ourselves. Now it’s like we were freed from the cage and able to fly anywhere we want,” Hendan said.

Drawing comparisons to Chinese writers who drew from the trauma of the Cultural Revolution when intellectuals as well as minorities were targeted, she said: “What we are writing now can also be called ‘scar literature’.”

Still, some doubt how long Uighur-language poetry can last when separated from its key audience of 12 million Uighurs in Xinjiang. While the children of those in the diaspora grow up in a new culture and language, the next generation of Uighurs in China are being encouraged to speak Mandarin over their mother tongue.

“Uighur poetry is the soul of the Uighur language. If the soul of Uighur language dies, the language dies,” said Ekhmetjan Osman, known for leading the new movement in modern Uighur poetry in the 1980s. “The core of people’s beliefs, ways of thinking, customs, history, construction of society – all of this is based on language. This is all going to disappear. It is disappearing,” he said.

“The very act of this language being taken away from my existence is the greatest insult and invasion of my humanity, my value as a human being and my dignity as a person,” he said. “What other crime is there than erasing the whole of a nation? To me there is no bigger crime.”

This loss for people like Abdurehim is personal. He and his family were living in Malaysia when at the end of 2015, his wife travelled back to Kashgar with their children to renew her passport. She was unable to travel back for financial reasons and in 2017, he received word she had been sent “to study,” a euphemism for a re-education camp.

Shortly before that happened Abdurehim had ordered a few books to be sent to his family in Kashgar, including the novel Golden Shoes by Halide Isra’il about the experiences of Uighurs during the Cultural Revolution. Another prominent poet and publisher, Chimengül Awut who edited the book was later reported to have been detained along with the author. Friends of Awut say she has since been released.

“Just after sending those books for them to read a second Cultural Revolution began. I wonder if they were questioned because of them,” he said. “I always think about that.”

Unable to see his family, he relies on memories like teaching his daughter poems to help her remember the language of her people. He occasionally gets glimpses of the children through videos from friends. In one from last year his daughter is talking with a friend in the street, speaking in Uighur. As the person with the camera approaches she switches to Mandarin.